Brenda MacEachern was the curator of the Visual Resources Library at Western University’s Department of Visual Arts for over 40 years.
Biography

Brenda MacEachern earned her BA (Hons.) in Art History from the University of Toronto in 1970 and then took on the role of curating the photographic slides collection of the Department of Visual Arts at Western University. While working in this position she also completed a Master’s degree in Library and Information Science (MLIS) from Western University in 1987. During her undergraduate studies, MacEachern spent a year at the Université de Dijon in France, and her methodology for the management of the slide library was inspired by the French model of accessibility.

As a developer and early adopter of new techniques and technologies, she became a vital resource for fellow curators, and was an instrumental figure in the visual arts research conducted by those at Western University. In addition to her position at the library, in 1976 she was the founding editor of POSITIVE, an important publication which connected the dispersed population of Canadian virtual resource curators; the newsletter’s subsequent benefit to the field was among the elements that won her the Distinguished Service Award from the Visual Resource Association in 1998, the first Canadian to receive the honour. MacEachern’s devotion was not only to her own library, but to the entire discipline of visual resource collection.

In 1994, MacEachern played a major role in designing the Richard and Beryl Ivey Visual Resources Library in Western University’s (then new) John Labatt Visual Arts Centre. The library was listed by the Visual Resources Association as among the 10 most attractive visual resource libraries in North America – at that time, the only Canadian institution to have made the distinguished list.

In addition to her collection and maintenance of images, MacEachern was well-versed in Canadian copyright law relating to visual resource collections. She carried out a copyright survey which was published in POSITIVE, prepared briefs for the Canadian government regarding visual resources copyright, and in 1977 chaired a session on copyright law at the University Arts Association Conference.

By 2007, Brenda MacEachern was curating a collection of over 150,000 images – potentially one of the most extensive in Canada. MacEachern worked in her position at Western University until 2011. Her over 40-year career oversaw major changes in the field of visual resource collection, and MacEachern proved to be an expert in several elements along the way. She was a highly influential figure, earning recognition for her work and her significant contributions to visual arts research, winning several awards, including the Western Award of Excellence in 2007.

In 2004, MacEachern authored a book on her family’s history, Nicholas Vivian Kent (1822-1911): An Ontario Family Saga. While she is best known for the invaluable support she provided to the visual arts community, she was also a photographer; one of her works can be found in the collection of Western University’s McIntosh Gallery. Brenda MacEachern passed away in 2012 in London, Ontario.

MacEachern, Brenda. “Automation of the Visual Arts Department Slide Library at the University of Western Ontario.” Computers and the History of Art 4, no. 2 (1994): 55-67.

Click here for information about works by Brenda MacEachern
in McIntosh Gallery’s collection. 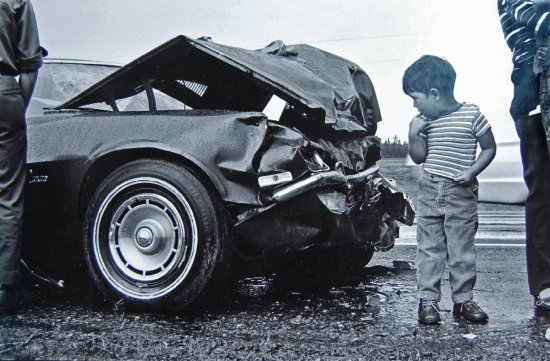