Charlotte Brainerd taught at H.B. Beal Secondary School from 1958 to 1959. Her work can be found in numerous collections including the National Gallery of Canada, the Art Gallery of Windsor, and Museum London.
Biography

Charlotte Brainerd began studying at the Walker Art Center School in Minneapolis, Minnesota in 1942, attending the school through 1943 before taking a break to later return from 1946 to 1948. In the early 1950s she came to Canada, subsequently studying at the Vancouver School of Art (now Emily Carr University of Art and Design), and then moved to London, Ontario, where she taught at H.B. Beal Secondary School from 1958 to 1959. Brainerd spent the summers of 1957, 1958, and 1959 studying at Queen’s University in Kingston, Ontario, and in 1959 began classes at the Ontario College of Art in Toronto.

During this time Brainerd also became involved in the London arts community, and participated in Western Art League exhibitions in 1958,1959 and 1965. After marrying she relocated to Toronto where she taught at the Central Technical School from 1961 to 1962, before moving to Australia with her husband Barron Brainerd, a math professor at the University of Toronto who had received a two-year fellowship. During her time in Australia Charlotte Brainerd exhibited her work with the Canberra Art Club and has been collected by the National Gallery of Australia.

Upon her return to Canada, Brainerd continued to exhibit through to 1973. In addition to her participation in several group shows, she received the G.A. Reid Award for best print from the Society of Canadian Painters-Etchers and Engravers in both 1964 and 1968, and held solo exhibitions of her work at Toronto’s Shaw-Rimmington Gallery and Victoria College at the University of Toronto in 1971, and another two years later at Oakville Centennial Gallery in Oakville, Ontario. In 1973 Brainerd taught art therapy for children at the Madison Avenue School for Special Education and was a consultant at the Browndale youth program, both in Toronto.

Charlotte Brainerd was an accomplished artist with her practice encompassing landscapes and still lifes in addition to abstract, symbolic, and allegorical works. Most recognized for her aquatints and etchings, she also employed a variety of other mediums such as pencil, oil, and acrylic. She was also known for implementing flattened forms and geometric designs and abstractions in her work. Speaking about this choice in an statement from Museum London’s archives quoted by The London Free Press in 2014, she said the work “retains the ‘feeling’ of the interplay of colours and forms of the objects, but their volumes have been flattened into a two-dimensional design.” In addition to her interest in geometry, her work was also influenced by Buddhism, of which her husband was a follower.

Brainerd’s work can be found in the collections of Canadian galleries including: the Burnaby Art Gallery, British Columbia; the Owens Art Gallery at Mount Allison University, Sackville, New Brunswick; and Ontario galleries such as the National Gallery of Canada (Ottawa), the Robert McLaughlin Gallery (Oshawa), the Art Gallery of Windsor, and Museum London.

In the late 1980s Charlotte Brainerd returned to British Columbia, moving from Toronto to Victoria. She remained there until her passing in 1995. 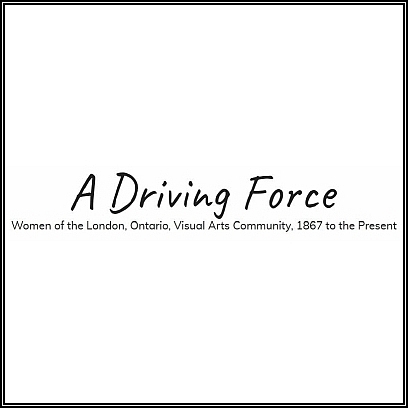